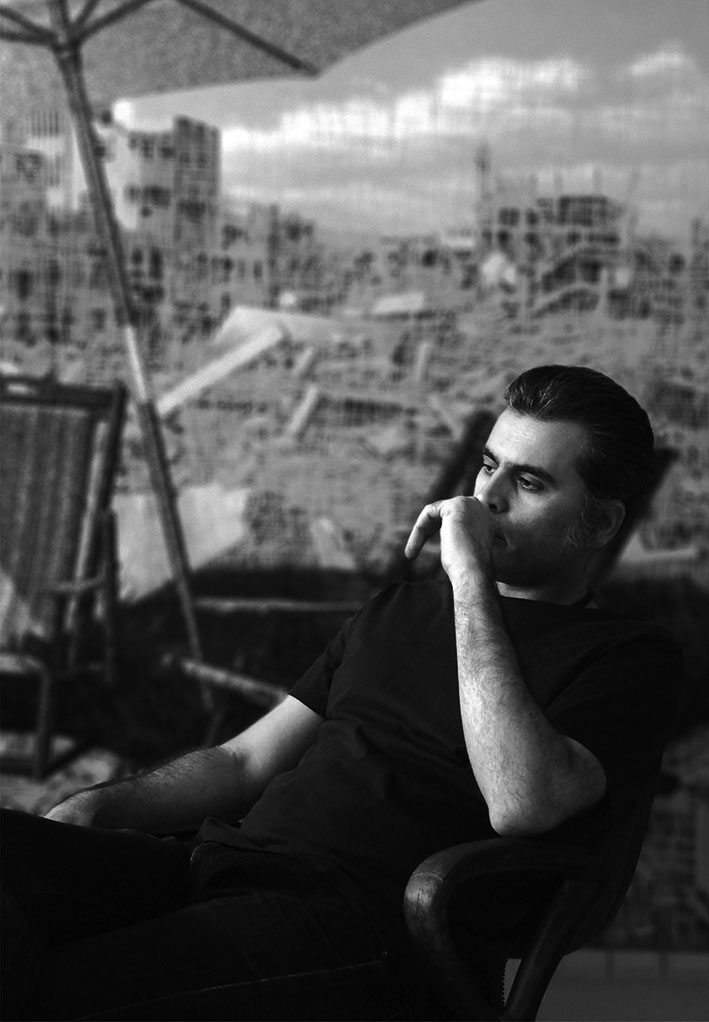 Reza Baharvand is an Iranian artist born in 1976. He graduated from Isfahan University of Art with a Bachelor of painting and continued it up to masters at Tehran University of Art. He began his professional career by holding exhibitions in prestigious galleries in Iran and other countries in 2003. Since then, he has had six solo shows in Tehran and has participated in dozens of group exhibitions and international art fairs in Iran, the United States, Europe, and Asia. Some of his works are kept in the treasure of Tehran Museums of Contemporary Art and the Iranian Academy of Arts as well as private collections now. Plus, he is a lecturer at Tehran University of Art and University of Science and Culture and a member of the Iranian Painters.
Reza Baharvand’s earlier works were in abstract style but a couple of years ago, he changed his style. In recent years, he has focused on war as the subject in his works. In 2017, his latest series titled “Still Life” was shown in Mah Art Gallery in Tehran.
He says: “Every day, people around the world see a lot of pictures and videos of war on TV or other media. Some prefer to avoid that and a large number of them who may be impressed by these images and even sympathize with the victims at the moment, usually forget what they have seen just after a few minutes. The fact is that the news channels have strongly reduced the enormity of war images by broadcasting them repeatedly. It has turned human indifferent. I am trying to draw people’s attention to this issue.”